7 Crazy Internet Facts that are Guaranteed to Blow your Mind

At Fat Guy Media, we write a lot of blogs about a wide variety of subjects. However, across all of our posts, there is still one underlying theme: the internet! Since digital marketing and web design are our specialties, we deal with the internet daily. But, for as much as it’s used, how much do you actually know about it? Fear not, we’ve compiled some interesting, astonishing internet facts from across the web.

Test your Web Knowledge with these 7 Internet Facts

First of all, you can’t delve into a list of internet facts without saying where it all started. So, for those interested, the internet was created by a team led by Don Nielson, an assistant director of telecommunications at an engineering firm, on August 27, 1976.

Best of all, it happened at a Silicon Valley beer hall of all places. And they say a beer on the job isn’t productive! 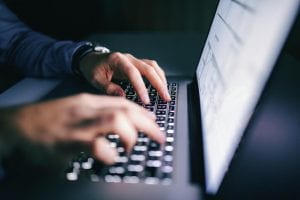 Presently, there are over 1.68 billion websites on the internet, with less than 200 million believed to be active. However, for those keeping track at home, the web did not hit one billion websites until September 2014.

Believe it or not, the first ever website, created in August 1991, is still in existence today. Although it’s littered with text and hyperlinks, click here to find it in all its glory!

At this time, over 4.38 billion people use the internet across the globe. That’s just over half of the entire world population, with half of that total coming from Asia alone. 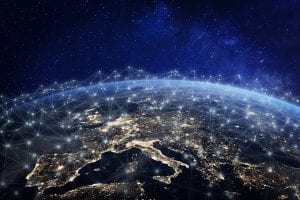 As of March 2019, it is estimated that Facebook has over 2.38 million monthly active users. 1.56 billion of those users are active daily. For perspective, if Facebook’s daily active users were a country, it would be the most populated nation on earth!

No list of internet facts is complete without touching on the most viral videos in internet history. According to YouTube, their most-viewed clip of all-time is the music video for “Despacito” by Luis Fonsi, featuring Daddy Yankee. People have viewed it 6,188,109,971 times and counting! 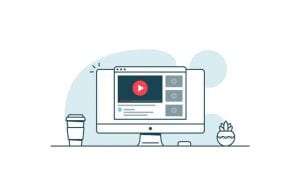 Unfortunately, the role of television keeps getting smaller as users pivot to mobile. While over 1.4 billion households worldwide have a TV, there are 3.7 billion mobile internet users. And that divide is only expected to grow!

If you’re looking to learn about the web that you use every day, these awesome internet facts should do the trick!